Maps for The Road of Hope and Sorrow: the Western Front

I am creating these maps to illustrate my bike tour along the Western Front. This is a work in progress and a few examples are shown here.

Level-1: A single map showing the location of the Western Front from the Belgian coast to the Swiss border, with all of the main battles that determined the position of the Front by late October 1914

Level-2: A set of three maps showing my bike route

Level-3: More detailed maps showing my route on each day of the ride and exploration of stories from Amédée Tardieu’s memoirs

A separate example Level-3 legend is also included in the gallery.

I have georeferenced all of these maps to ensure the scale and orientation are correct, as follows. I downloaded the GPX files of each day’s route from Garmin, and projected these using the WGS84 Datum and Lambert-93 EPSG projection code in MapMaker 4. This allowed me to identify two clearly defined points near the start and finish of each day, and record the X and Y co-ordinates for each point. I then applied these coordinates to a JPEG image of the relevant part of the French IGN map, which served as a template for drawing my maps. To respect IGN copyright, no part of the original maps has been copied.

All of the Level-2 and Level-3 maps will include drawings. Some of the drawings featured on maps in this gallery have initial sketches, or unfinished drawings – I am still trying out ideas on technique and choice of subjects for each map. 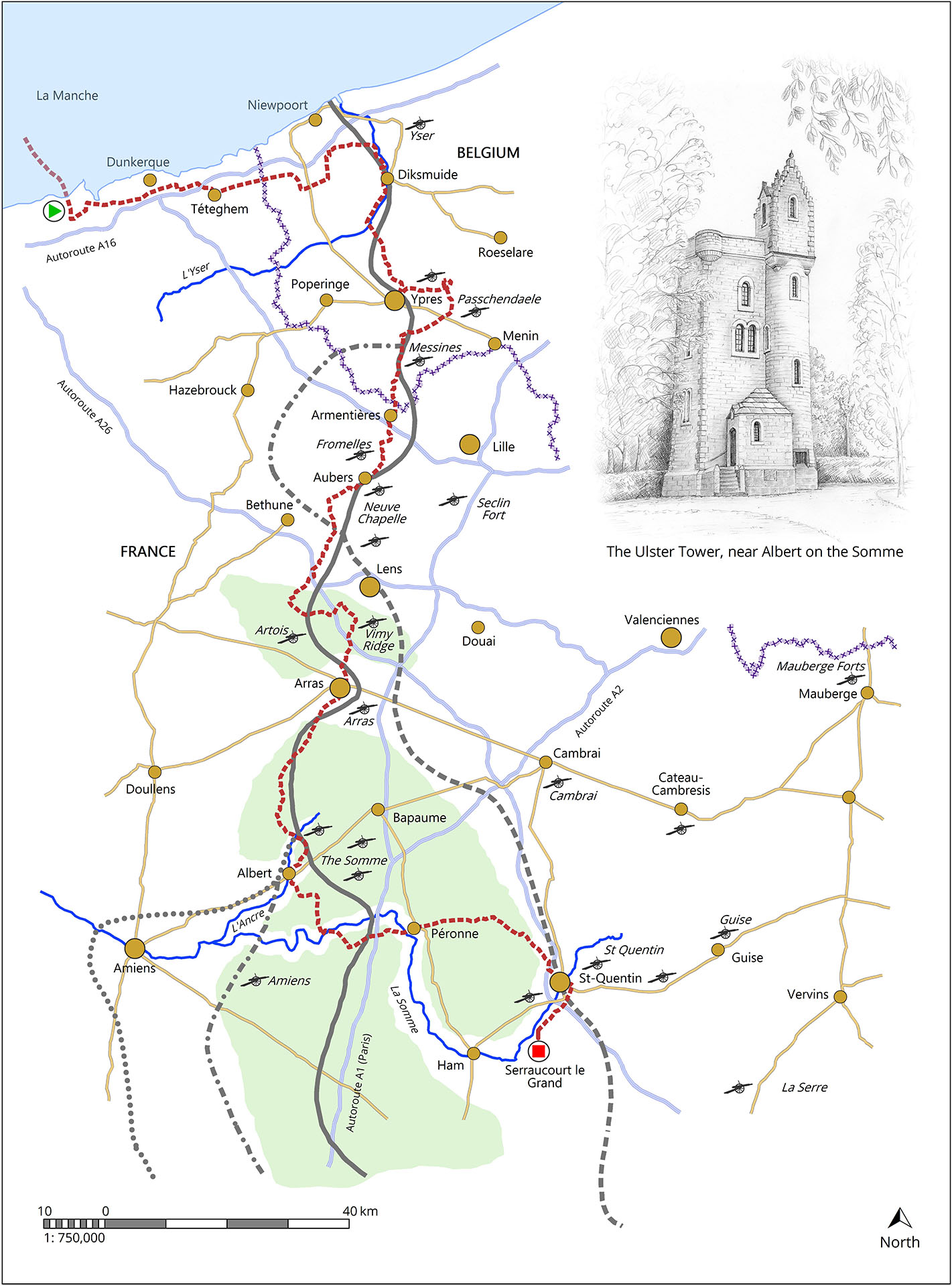 The first section of my ride along the Western Front, covering Flanders, Passchendaele, Arras and the Somme 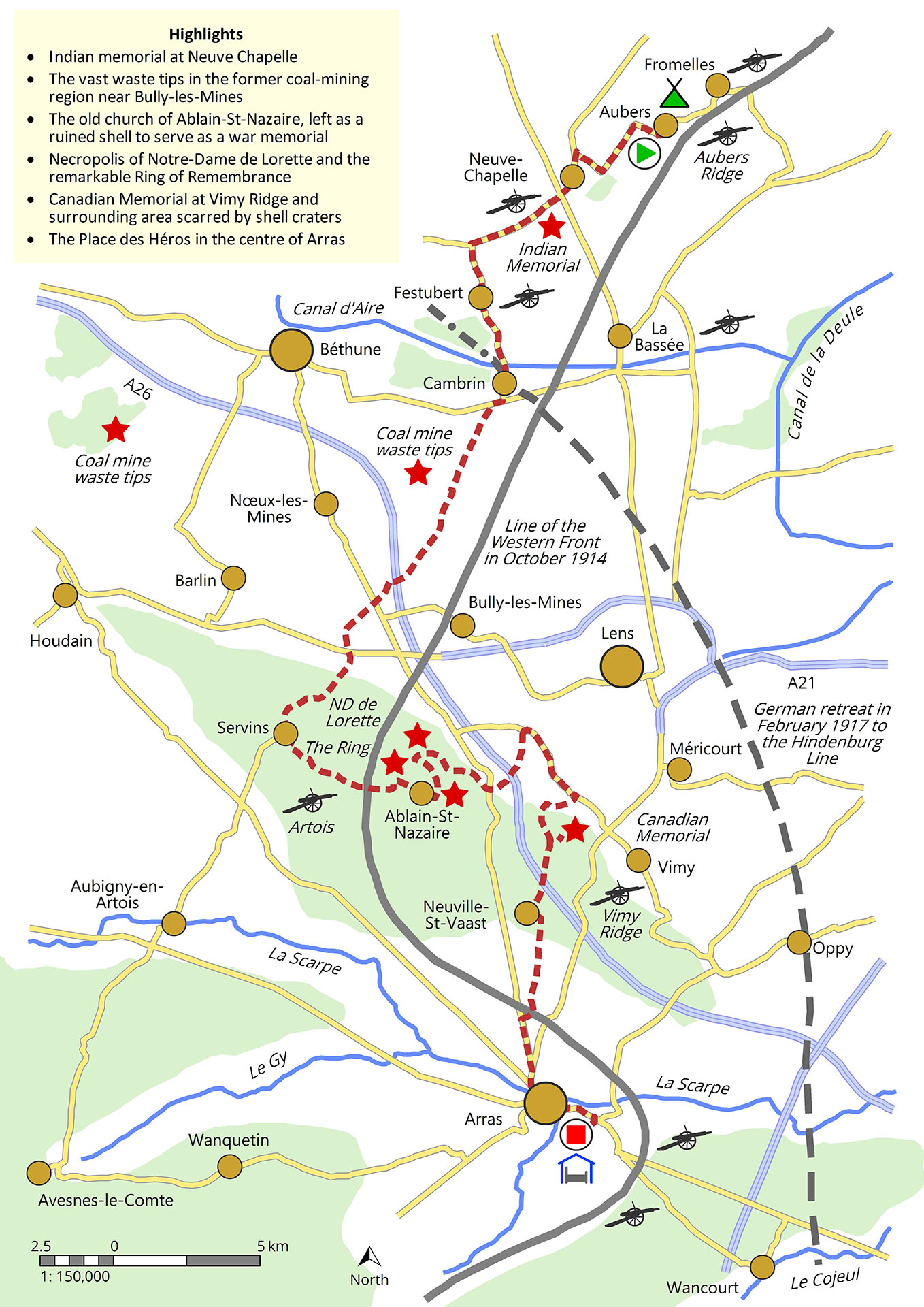 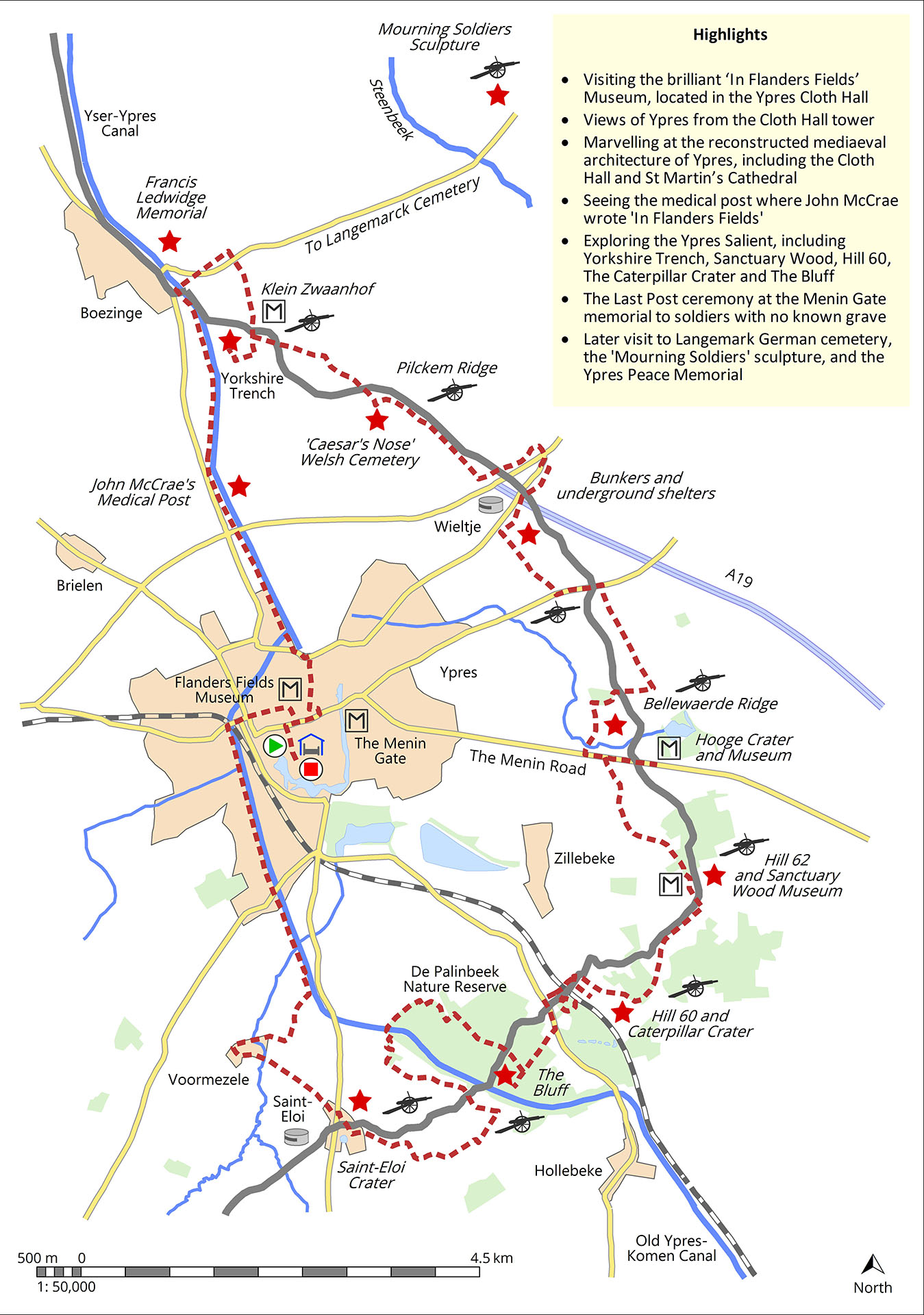 Ride around the ‘Ypres Salient’, a bulge in the Western Front skirting the city of Ypres 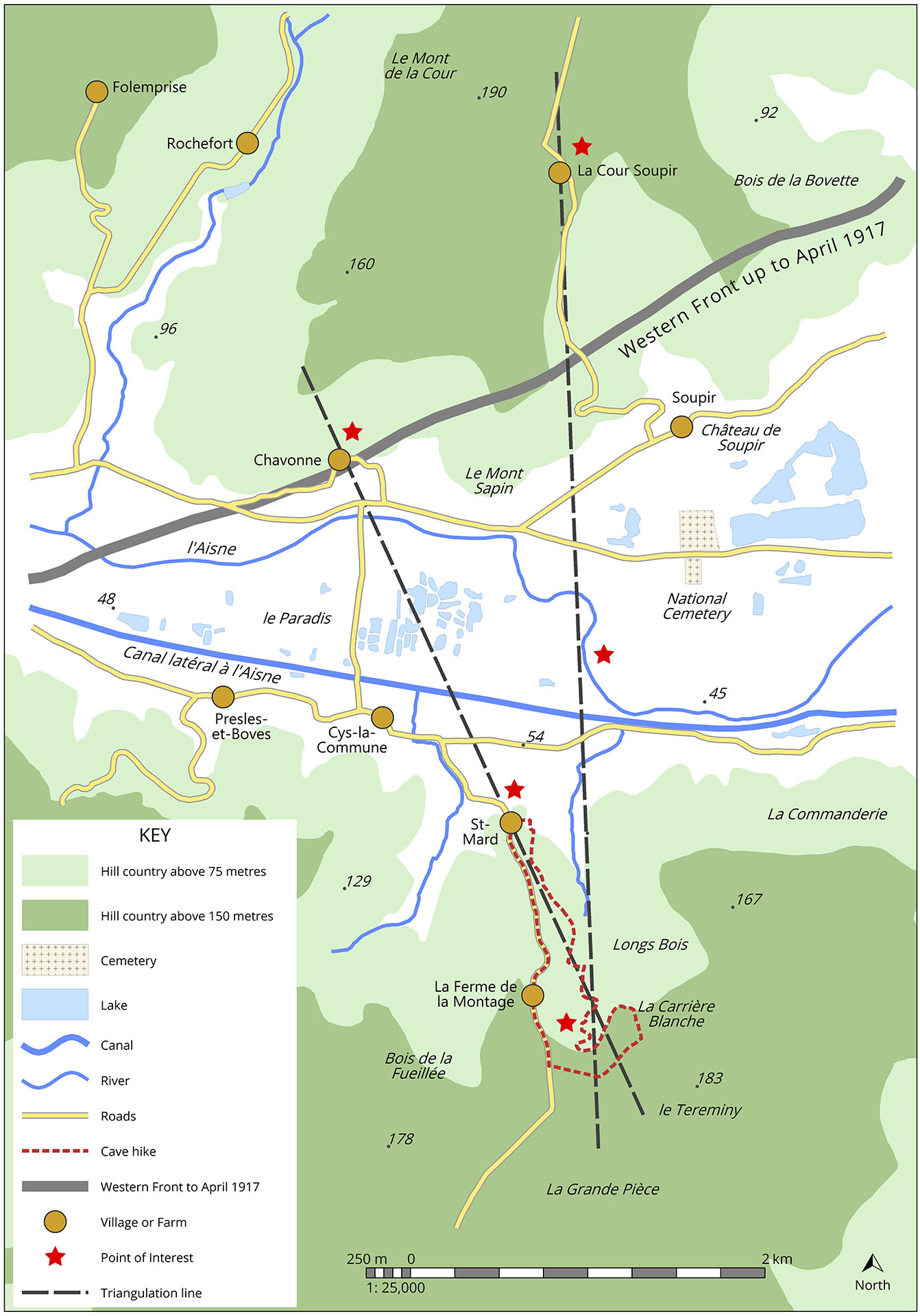 Area around Soupir and St Mard in the Aisne Valley, with a walk taken to explore locations described in the memoir of French artillery officer and family member Captain Amédée Tardieu 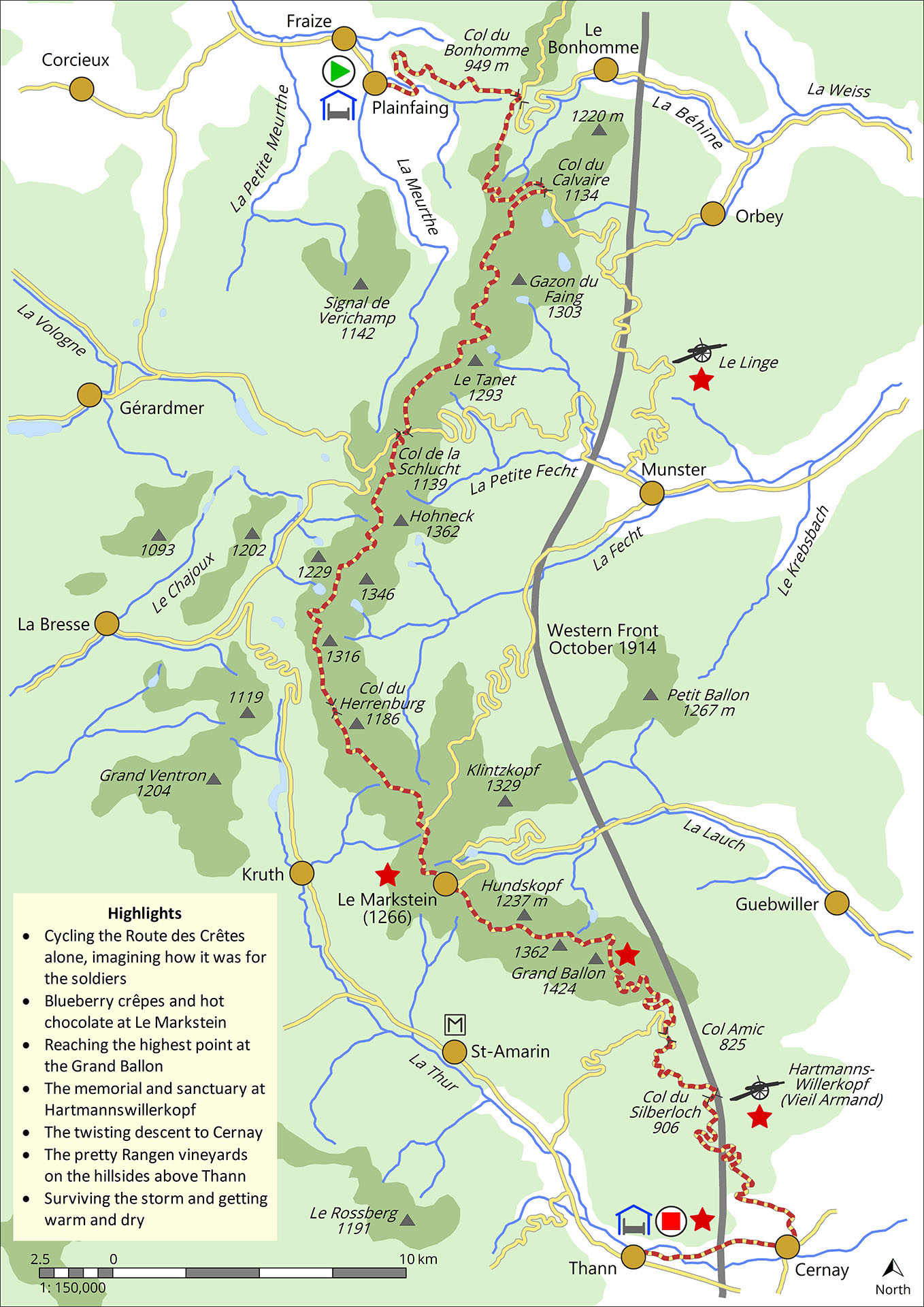 Map of ride from Plainfaing to Thann along the ‘Route des Crêtes’, a French military road built early in the Great War to supply the front line which ran close to the border with the German Empire

Maps for use in Community Health Worker training – Kenya

I have created these hand-drawn maps for a health worker training manual. This is part of a new initiative in Kenya to build the capacity of community health workers (CHWs) to encourage and support households in switching away from inefficient, polluting and unsafe fuels such as wood and kerosene, and adopt clean fuels including LPG and electricity.

There is more on this topic on my Environment and Health page, and in my feature artciles, for example:  The drive for clean household energy in Africa: experience from the front line in Kenya

During the training, CHWs are asked to assess the availability of both traditional (e.g. wood and charcoal) and modern household energy (e.g. LPG and electricity) in the locality of the training centre, and record this information on a maps. The examples in this gallery are designed to help the CHWs by showing them what these may look look like for one urban and one rural community.

These local maps are then used  for discussion among the CHWs about opportunities and barriers for local households in making the transition to cleaner energy, with support from their trainer.

Following training, CHWs are encouraged to use community mapping as a tool for change, through discussion with other local stakeholders and the community. 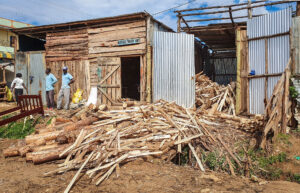 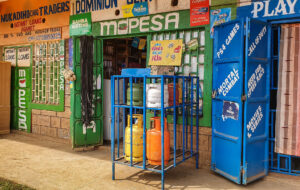 Community mapping is used to assess the availability of various energy sources, or the lack of it 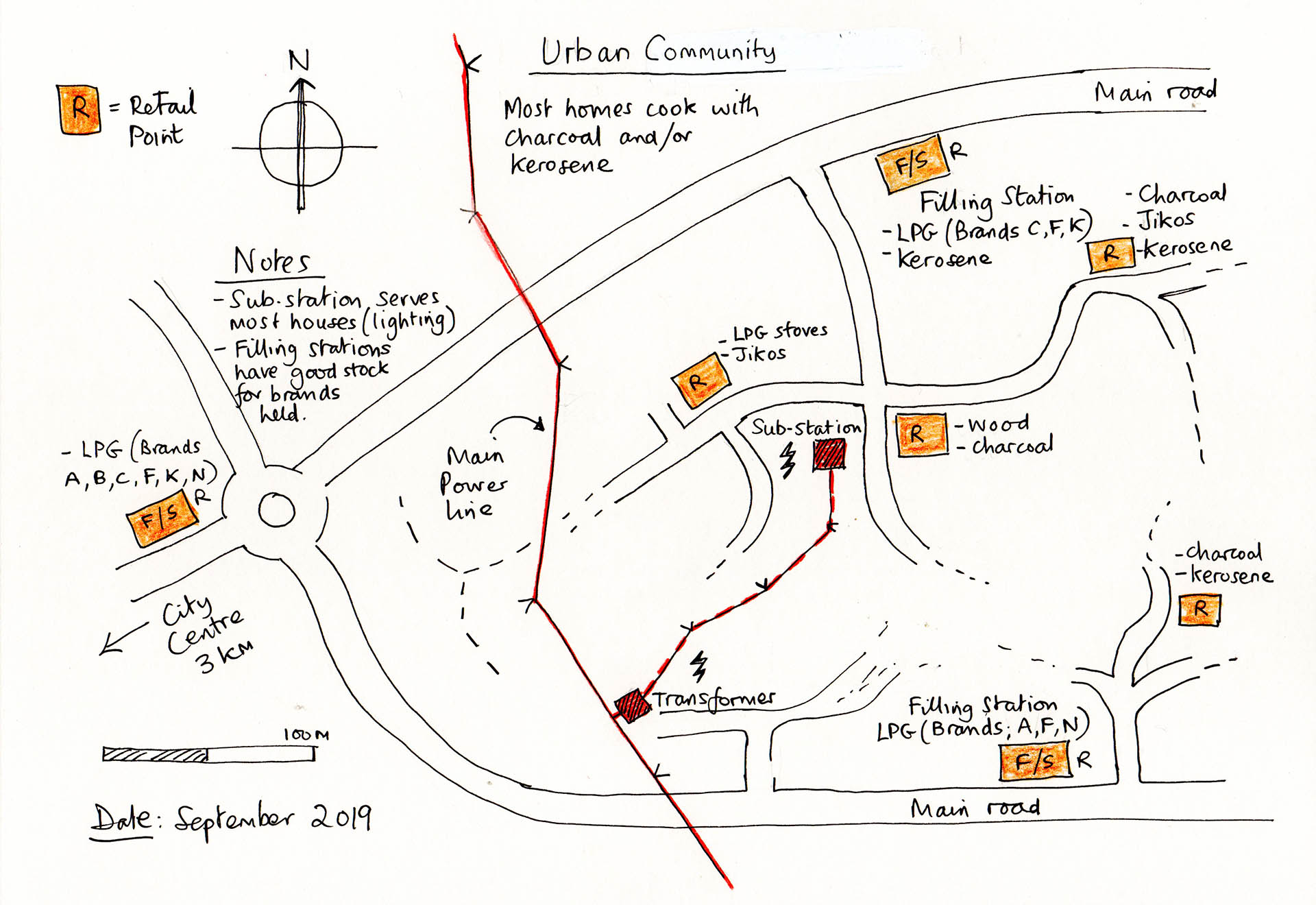 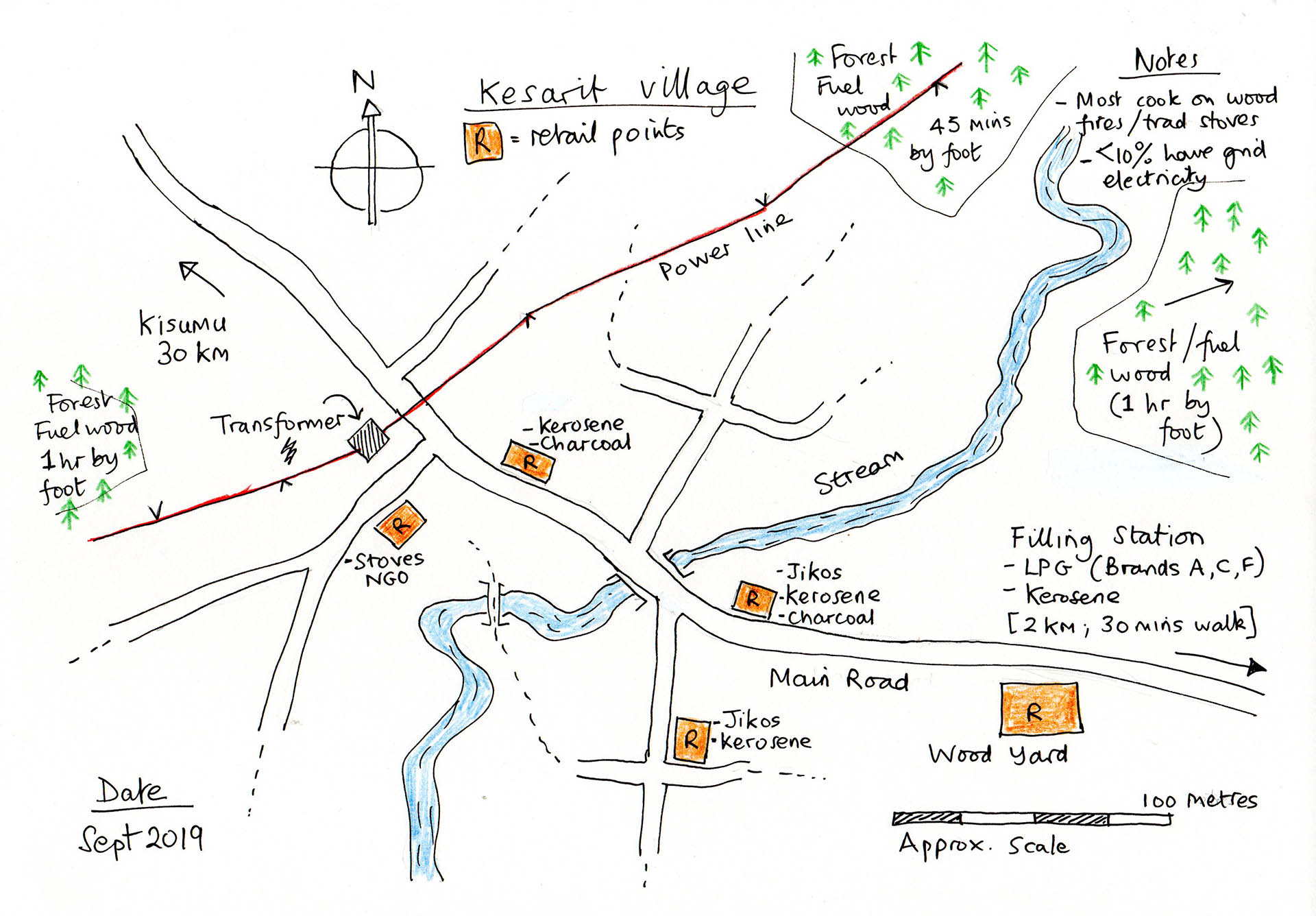 This is a work in progress. I am planning to develop Infographics for application in feature articles and other publications. I will probably use Adobe Illustrator.

I am intending to use infographics for illustrating: