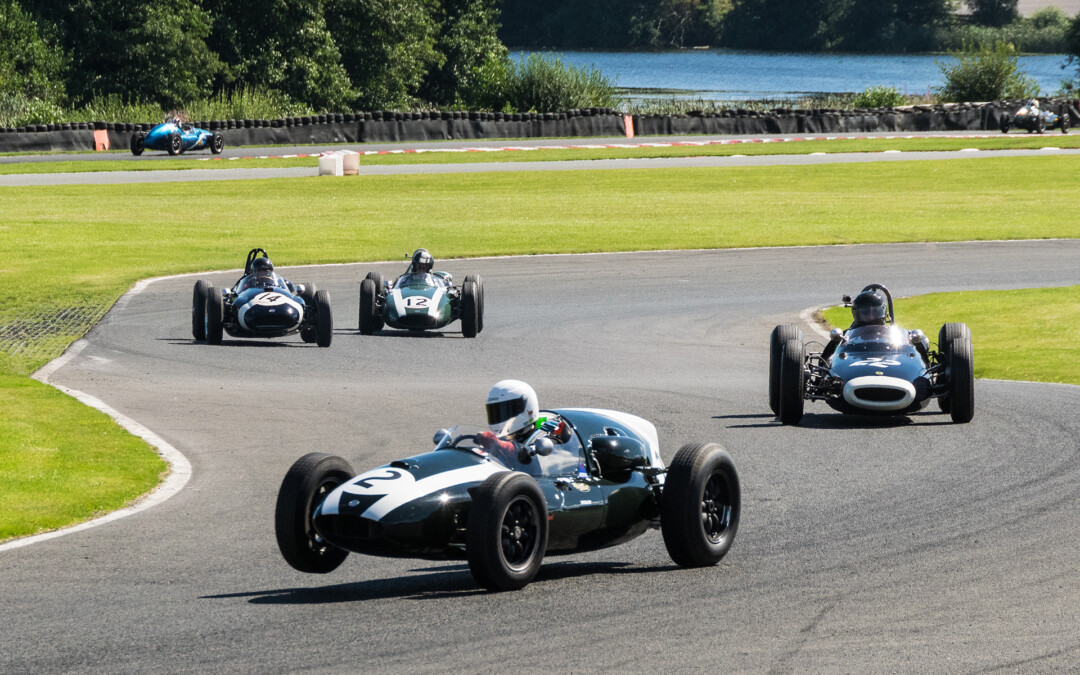 At an event filled with varied and exciting racing, including a dramatic somersault by Ben Tilley in the Formula Ford championship, the Gold Cup was perhaps the highlight. 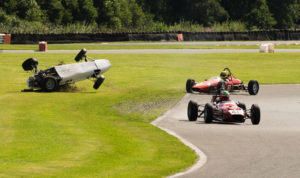 In pole position after dominating qualifying, Horsman’s 1961 Lotus 18/21 P1 dropped out of first gear at the start, and he quickly fell back to 6th place.

Taking advantage, Jolley in a 1958 Cooper T45 led the field for the first few laps of this 20 minute race. 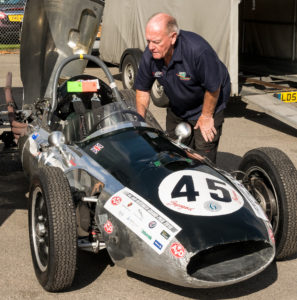 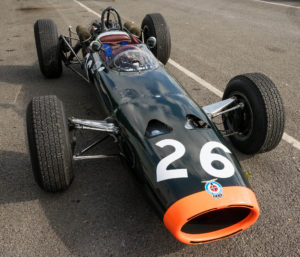 But Horsman clawed his way back, and was soon closing in on Jolley. The next few laps saw these two fighting for the lead.

In characteristic style, Jolley lifted the nearside front wheel as he pushed the Cooper through the tight bends at Knickerbrook, and he held off Horsman for a few laps.

Up front, the leaders traded places once more but, despite close racing, Horsman’s Lotus managed to hold on and take the chequered flag.